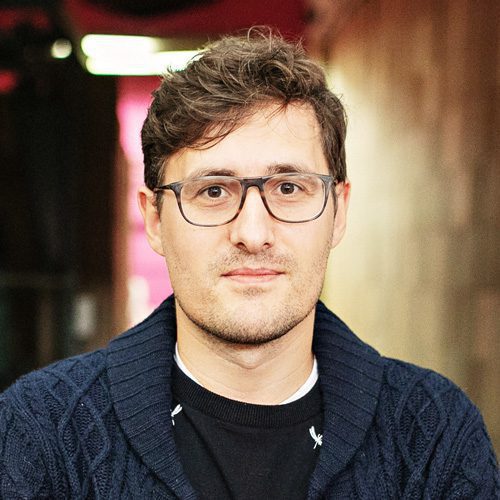 Georgi Florov graduated from the Faculty of Law at Sofia University “St. Kliment Ohridski”, and then in Fashion Design at the New Bulgarian University, Sofia. He specialized in fashion design at the Kunsthochschule Berlin Weissensee in 2006.

In 2010 he won a scholarship for a master’s program at the Instituto Europeo di Design Italy, lived for several years in Milan, worked as an intern for Neil Barrett – a famous brand in menswear design and was one of the 16 finalists in a MAX MARA Group competition in 2012.

He has participated in international fashion competitions in Poland, Italy and his works have been published in a number of magazines. He works as a designer for brands in the fashion industry, as well as on his own design line and conceptual projects. He is primarily interested in philosophical topics such as time, space, the problems of the self and its inability to express itself, the power of the unconscious and memories. Georgi likes to provoke himself and to work in various fields of design – fashion, styling, graphic design, illustration